The old Persians thought pearls were created magically by the moonlight shining into the open oyster. The birthplace of the fascination of humankind for the pearl is the Persian Gulf. Even today, it is still the primary source of natural pearls traded in the Middle East.

Over 2000 years ago, pearls were the most precious item you could buy with money.

Julius Caesar was a lover of pearls and once paid 60,000 gold pieces for one pearl. In the first century before Christ, Caesar passed a law stating that pearls were not for the lower classes. Even Caesar’s non-successful conquest of the Britons had, as one of its goals, access to the valuable river pearls.

Queen Elizabeth, I was so infatuated with pearls that the people called her the Pearl Queen.

Since the 1960s, pearl farmers have been producing pearls to the market standard – and believe me, this is a good thing! What was historically considered an aristocratic luxury for the high society now became an affordable extravagance.

One should not forget that greed nearly killed off the oyster fields in Central American and the Scottish Oyster was nearly driven to extinction. In 1998, the United Kingdom declared it was illegal to fish for pearls.

Such a lovely book

It holds an enormous amount of information. You will read about the pearl fisheries in Asia, Africa, Europe, and the Americas. This book has over 180 illustrations and could well be the largest single collection of data on the subject of pearls. A book that will enhance your library.

To have a pearl farm is to have a perilous business. Creating a pearl takes between 8 months to 6 years. There are factors like illness, water temperature fluctuations, storms, and pollution which can ruin a farmer overnight.

In August 2007, two tropical storms in southern China killed millions of pearl oysters. About half of all cultivated pearls are good enough for the market and less than 5% of those are perfectly round pearls. 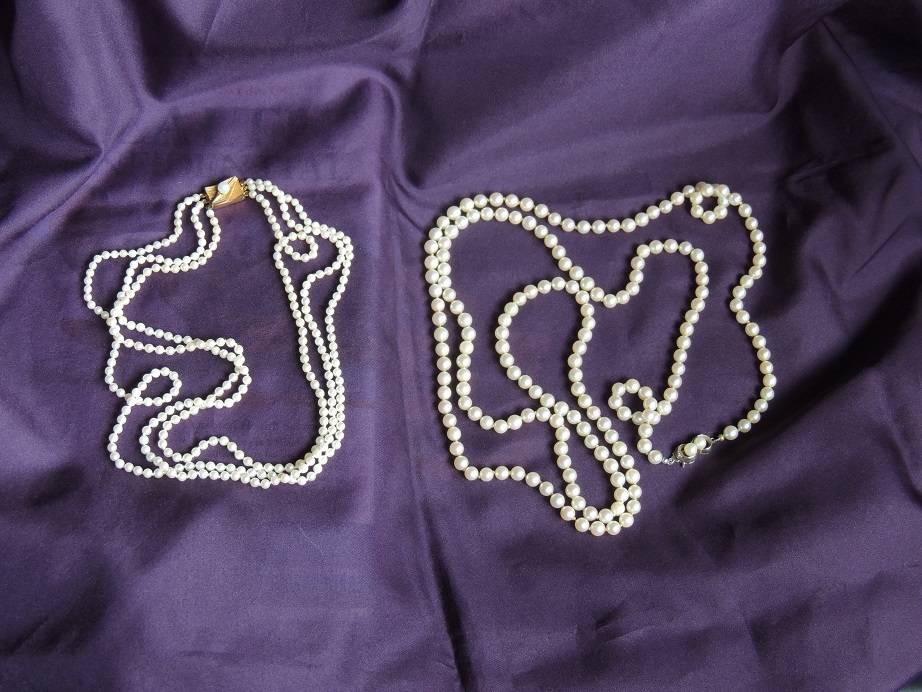 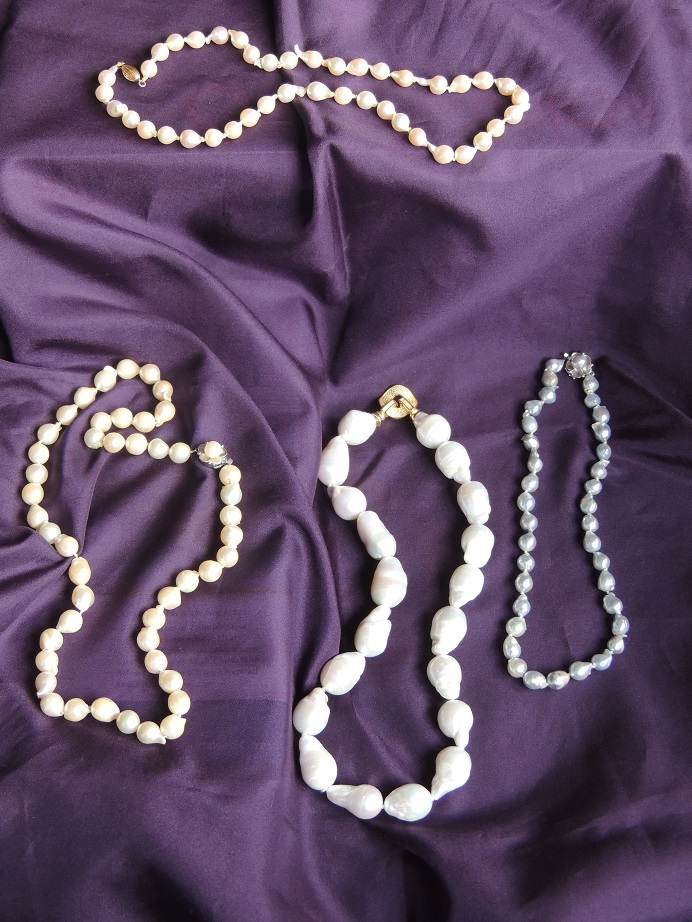 In some of the Venus oysters, it might produce up to fifty pearls, which makes it precious. They produce a large variety of colors, have a very shiny surface and most of the time have a baroque form. They can also seed Chinese Sweetwater oysters with little beads which then produce a pearl up to 14 mm in diameter.

There are being farmed in Australia, Indonesia, and the Philippines. This oyster is known for its white, silver, and golden pearls. They take between 2 to 6 years to grow. They can only seed the oyster with one nucleus. Normally they are around 16 mm but can grow to 20 mm.

Named after the French Polynesian Island, these are the most sought-after pearls. Europeans only discovered them in 1845. The typical color is blue-green. The most frequently found color is the dark green one called Fly-Wing.

Another variation is pink in combination with a black background color so the eggplant color is created. The rarest and most expensive is the peacock color, which is a green–pink combination. These pearls are normally between 8 to 16 mm.

On rare occasions, we find a truly natural pearl. The biggest pearl ever found is called the Pearl of Lao Tzu. Here you can read the story. One rarely finds natural pearls and when they are very expensive.

Most of the pearls available today are “cultured”. A small rounded piece of “Mother of Pearl” called nacre, along with a part of the original oyster’s mantle, is placed inside the oyster. The oyster is then put back into the protective basket. Cultured pearls produced this way provide consistent quality, size, and color. They can come from freshwater oysters or saltwater oysters. Both can produce wonderful colors and sizes.

It is important to keep your pearl separated from other jewelry pieces less they get damaged. The best is to keep them in a soft cloth or small bag. Keeping them for too long a period without wearing them is not good.

I have made a special page for you. It holds a collection of things you might find interesting. Before you leave, pay a visit to Recommendations.

I also have some family pearls that are from my great-grandmother. I basically knew how they came to be, but it was only now that I thought about the origin through your writing. It would be interesting to know to which group of pearls belong to those I have.

You got me excited to check if there is an expert on pearls near me who could look at them and say something more from a professional point of view.
A very interesting article in which I learned a lot about pearls, thank you!

I wish you all the best
Nina

It is nice to hear you found my post on pearls interesting.

How lovely you inherited pearls from your great-grandmother. A great idea to have them looked at by a professional. I am sure a good jewelry shop will have information on where to find such a person. Otherwise, auction places might be worth a try.

Here in the south of Spain, we have Bonhams. They do appraisals of antiques, also jewelry.

Thank you for your visit and for your comment. Remember, you can download a free PDF of your choice? Tulip widget.