Some unusual data on animals 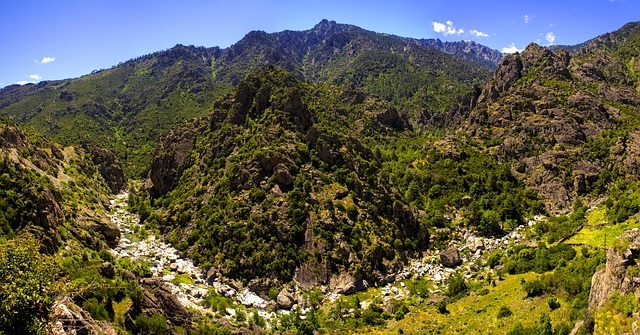 You will have probably noticed that I love animals and nature as a whole. We humans should consider ourselves blessed by being allowed to live our life on this beautiful planet.

We do not own the planet, but we have the obligation to take care of the creation of which we are part. I so wish we could all live in harmony and only take what we need, so that future generations also can enjoy this beautiful place.

I subscribe to quite a few newsletters from environmental associations. It is nice to read about what is happening in the world but sadly too often the news is disturbing. Human greed does not respect creation, being only intent on filling pockets and not caring what happens with those who will come after.

Creation is made up of fauna and flora, which, when undisturbed, gets on quite nicely. Every living thing has its place and function. When Mother Earth shows her strength in the form of big floods, earthquakes, and volcanic eruptions, a lot of things can be rearranged. But she offers new materials for fertilization or growth.

Humans can upset this delicate balance but have no regard for how nature will continue and that is a shame.

One newsletter which I receive is from Sierra Club. It held a great article by the name “2019, the year in Critters” and you can read it at this link. I have used a couple of things mentioned in this list to dive into the topic a tic deeper. Some things are fun and others are interesting or sad.

Have you heard about the cat fox?

I love cats and for most of my life, I could share it with these splendid animals. Whenever I come across information about cats, I will read it. This is really interesting as it seems they have found a new species. The island of Corsica in the Mediterranean sea belongs to France.

When you look at the YouTube video, you can see the beautiful mountain area of the island.

There are remote areas on Corsica, and that seems to be the habitat of this unusual cat. The National Hunting and Wildlife Office has located 16 of these creatures. They have golden striped fur and have an unusual appearance with their ringed tails. The most special feature is their canine teeth.

It seems their DNA differs from the European wildcat and is closer to that of an African forest cat, but the investigation is still ongoing, so the last word has not been said yet.

I think finds like this are exciting and hope they will take care to help protect this new species. We already lose so many animals in the world. Wikipedia tells us that this species might have been introduced to Corsica in the first millennium of the common era. Their ancestors might have been cats from the Middle East and brought to the island by settlers around the 6th millennium BC. 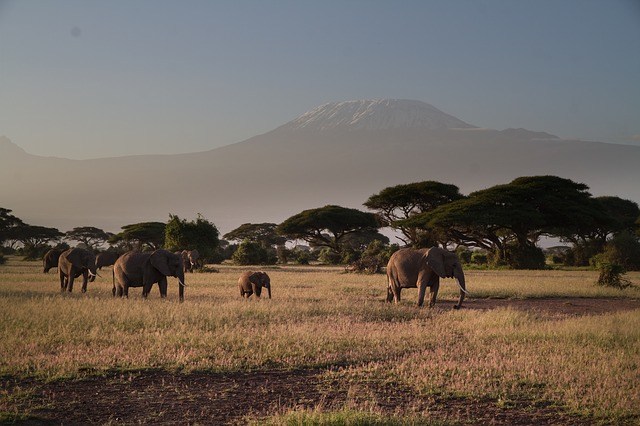 This is a sad story from 2019 when China seized over 2700 ivory tusks. Customs authorities said this was the biggest smuggling case in years. These many tusks mean that 1350 elephants had been hunted down and lost their lives. Elephants are on the endangered species list. 20 suspects, belonging to an international criminal group, have been arrested.

They had been doing this illegal “business” for quite some time.  7.5 tons (6,803 kilograms) of ivory were confiscated on March 30. Chinese Vice Minister Hu Wei stated in a press conference that in his country there is 0 tolerance for these illegal operations, as well as other products from endangered species.

A look inside the dark world of poaching

The journalist Rachel Nuwer takes her readers on a sad trip. After investigating for nearly a decade it shows we have an insatiable demand for animals. Be it for jewelry, as pets, medicine, meat, trophies, and fur. Imagine, the illegal wildlife trade is now ranking among the largest contraband industries in the world.

This is not an easy book to stomach. It shows humans from a nasty and greedy side. We are responsible for the extinction of species.

There seems that a lot of smuggling is going on as there is an enormous demand for turtle shells, shark fins, and pangolin scales. The Pangolin, also called a scaly ant-eater, is an unusual animal that is fully protected by law in the colony and island of Hong Kong. The problem is that there is a demand for it in the south of China, so the laws should be tightened.

This sounds like a case of Double Speak when the official says they have 0 tolerance for harvesting endangered animals but at the same time, they recognize that South China still has a market for them.

The meat is eaten but there is an enormous demand for the scales, as they are believed to have medicinal value. Before, the scales would be imported from Java at a rate of 4000 to 5000 animals per year. Recently Java has introduced a new law that prohibits the capturing and killing of these animals. That means the native pangolin is running more risk until the laws in China also change.

Please look at this YouTube video of the pangolin, such a cute and unusual animal.
.

Where did the ivory come from

The Ivory that China seized in 2019 came from African countries like Nigeria, and they smuggled the tusks over multiple countries. They were transported in cargo containers of wood and ultimately hidden in a Chinese waste factory, where the smugglers were preparing to sell the ivory on the black market.

China now has a complete ban on ivory. Hong Kong does not enforce this law yet and therefore is a major transit point for endangered species products.

That is a staggering number, and it applies to North America only. I have written some time ago, how climate change affects birds. It is worrying to see all these things happening. As everything is related, losing a single species affects other species and humans are included.

These last 50 years, there has been a big effort in protecting iconic birds from extinction. The bald eagles, California condors, peregrine falcons, wild turkeys, and white pelicans. Now, a new study in Science tells us that although these rare birds are recovering, the total bird population is in sharp decline.

This study is the first comprehensive attempt to reconstruct the bird population in North America from 1970 to 2017. Included in the study was data from 143 NEXRAD weather radar stations, which are located in many places in the U.S.

These weather stations can track the entire biomass of bird migration each spring and fall. Other data from the Canadian Wildlife Service and the citizen-science data collected from the Audubon Society’s annual Christmas Bird Count were used in this study.

Mr. Ken Rosenberg, a senior scientist at the Cornell Lab of Ornithology and American Bird Conservancy, says their findings shocked them. It is difficult to conduct a study like this which includes over 500 species. They knew some species were in decline, but then others were recuperating.

The result of the study was a sad surprise to all involved. The reasons for this decline are obvious. Pesticides and herbicides, loss of habitat, climate change, hunting, EMF, and other human actions that unbalance the ecosystem. 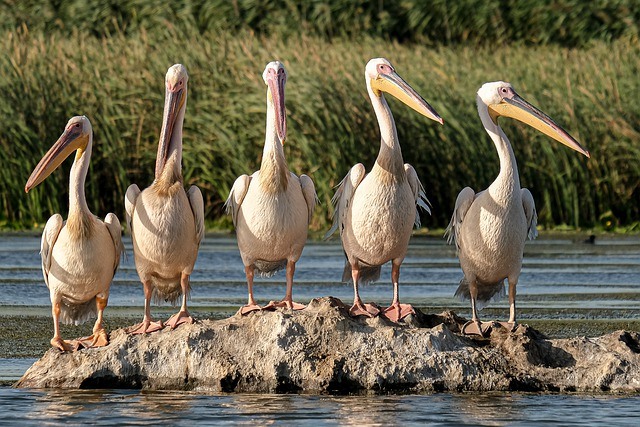 These were only 3 stories picked from the list of the Year in Critters. Once again, it shows that the meddling of humans with Mother Nature can have terrible results, of which the long-term consequences are not always foreseeable. I would be interested to hear your opinion.

I have made a special page for you. It holds a collection of things you might find interesting. Before you leave visit Recommendations.

It is not only animal species that risk becoming extinct. Humanity, with all the bad things it is doing, could also disappear one day. You might like to read the following post.

The Extinction of the Human Race, is that Possible?

I agree with you, I value animals a lot so when you hear stories like tusks being taken of elephants it is upsetting and it is cruel on them. Unfortunately, there will always be those who trophy hunt or harm animals to get certain things, that is something I don’t agree with.

Hopefully, we as humans can address so that eventually we see animals as like you say creatures that we care for instead of hurt.

Thank you for stopping by and leaving a comment on my website. I hope you have downloaded your free PDF? Tulip widget.

Even if many countries in the world have made the laws to protect and save animals stricter there is still room for improvement. Our actions do a lot of harm to flora and fauna. We should take much better care of our environment so that future generations also have a beautiful planet to live in.

It is astonishing to see how this planet and the animals in it are severely in danger. Reading more and more every day and also on your website, it hurts to see how we are killing and/or harming everything around us, as humans.

Thank god, there still are people spending their time writing blogs on how you can help yourself save the environment and I would like to thank you for that!

Thank you for visiting my website and for your comment. I hope you downloaded your free PDF? Tulip widget.

Having my websites since the beginning of 2017 I have become more conscious of what is happening in the world. Often the picture is not pretty, and it really hurts to discover the cruelty humans are capable of. Humanity still has a long way to go.