Without bees in our world, we, the human race, will be nearly extinct within 4 years 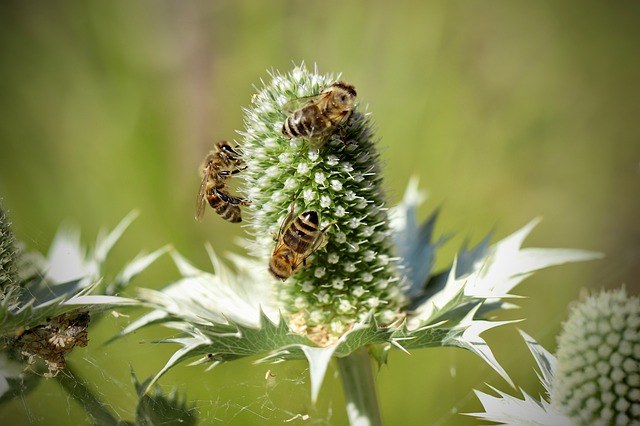 Why in the world should I worry about the bees? Well, if we eliminated the bees, it would mean that perhaps not all, but at least a big part of the world population would not survive. We need the honeybees to pollinate a large percentage of our crops.

If the bees pollinate no more, it would lead to mass starvation. Bees play such an important role in mass flowering crops. Only some plants would survive if the bees are gone. 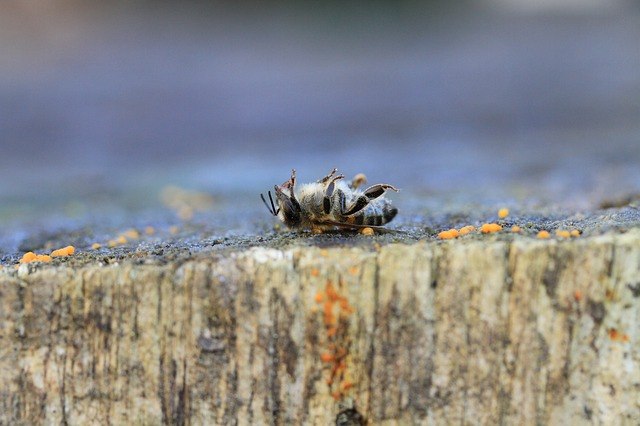 What bees mean to our world

If they go missing, you will do without more than just not having honey at breakfast. There are a lot more things involved than that sweet and healthy product. Did you know there are 20.000 bee species? They are doing a monumental job, as they are responsible for pollinating one-third of the food we eat.

Here you can see a nice PDF from the Food and Agriculture Organization of the United Nations, giving a lot of insight into this busy insect.

Bees are very important for biodiversity and maintaining the ecosystems, which are important for plants, humans, and bees. Each year, on the 20th of May, we celebrate World Bee Day worldwide, so we realize what we have to be thankful for.

You can do your part, whether in your garden or on your balcony, grow some plants bees love. It is easy and the bees will be grateful. 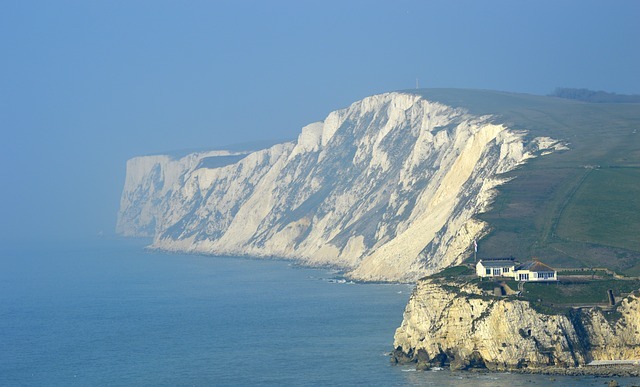 Sadly, the bees are in decline and it started over 100 years ago when the first bee warning became visible. On the southern coast of England, you will find the Isle of Wight. On that island, in early 1900, Guglielmo Marconi built the world’s first permanent radio station. It did not take long before the bees started dying.

In 1906 Agustus Imms from Christ College wrote that the bees were getting weak and soon afterward would drop dead. The attempt to import new colonies from the mainland was a catastrophe, as the new bees died by the thousands within a week.

At that time one did not know what caused this, so they gave it the name Isle of Wight disease. It was the first warning, but we did not understand.

This is a cute video in just under 6 minutes you should not miss.

The harrowing effects of 5G

In 2019, more than a century after the Isle of Wight die off, when on the 19th of November, an antenna was placed some 250 meters away from the home of Angela in Melbourne, Australia. She took a photograph when the mast was put up and the next day observed something alarming. Her driveway was covered with dead and dying bees.

Only 2 months later, her once beautiful garden full of plants and trees had become completely silent. No more insects, no more bees, and the little kumquat that once would be full of fruit did not show any sign of growing more. The olive had also stopped producing. Such a sad panorama, to be surrounded by dying nature must be awful.

Now there are protests on the Isle of Wight. The people do not want to live on a “smart” island. Radio waves are dangerous for humans and all living things. Radio waves penetrate skin and bones, cell walls, and mitochondria.

When you put your food in the microwave oven, it alters your food on the cellular level. Radio waves cause cancer, diabetes, and heart disease. Migratory birds get confused and nature as a whole is suffering and slowly dying, just like us. Listen, the bees are sending us a wake-up call.

An enjoyable book on beekeeping

Are you thinking to give beekeeping a try? You will need some guidance and that is why this little book will be a big help. Jamie Stevens takes you by the hand and shows you how to keep bees.

Slovenia has become the first country to put 5G on hold for the moment and now Switzerland has followed. That is fantastic news and I hope many more countries will follow, as 5G is bad for you, your family, and friends. It is also bad for bees and nature as a whole. Let us put a stop to this before it is too late.

The EU has banned another bee-killing pesticide. That is also wonderful news. This is the fourth neonicotinoid that is banned from use on crops in an effort to protect the busy pollinators. The sad thing is, that the U.S. is still backing the pesticide industry.

One wonders why, as scientific studies have pointed out, it is very harmful to nature and is killing birds, fish, and of course the bees. Then it is harmful to humans. Why are we doing this to ourselves? Perhaps I should rephrase the question a tic differently. Why do we accept others to decide we should eat harmful stuff?

Many species suffer from pesticides

We are poisoning the earth, and many species suffer the consequences. Take, for example, the White-tailed deer.

This medium-sized pretty deer lives in North America, Central America, Ecuador, and South America. It is present in quite a few European countries as well as in New Zealand, Cuba, Jamaica, and the Bahamas. You all know this deer from the Walt Disney film “Bambi” 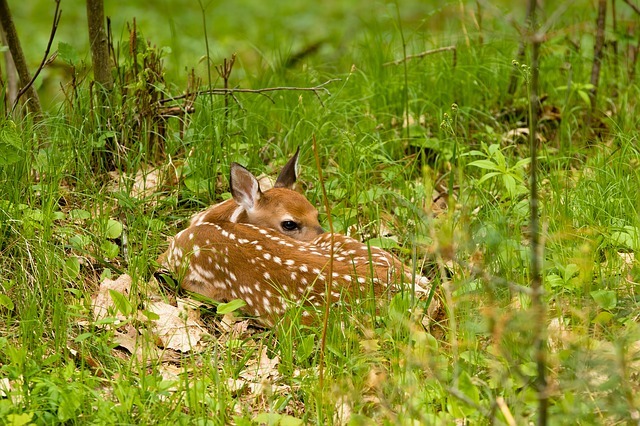 What does a deer eat?

The menu of a deer depends on the season and where he or she lives. Each year they can eat up to 2000 lb (910 kg) of vegetable matter. They eat things like shoots, leaves, plants, grasses, legumes, acorns, fruit, and corn. Corn? that is a crop that is heavily sprayed and there we have the problem.

We, the human species, also suffer greatly because of pesticides. Did you hear that sad story of 3 babies who were born in Florida in 2005? They were born with severe birth defects from mothers who were working at Ag-Mart Produce. This company produces chemically treated tomatoes and other agricultural produce.

Neurodevelopmental delays and cognitive impairment. Your child has a higher risk to develop brain cancer, autism and attention deficit, ASD, and AD/HD. I mean, why are we doing this? We are harming future generations. With our actions, we are harming total creation.

We have to come to our senses and demand our leaders to protect us and nature. We need the bees and everything else which makes our world so beautiful, to live a healthy and happy life.

When you buy honey, take care it is good, raw honey. Like that, you can be sure to have all the benefits of the many vitamins and minerals it contains.

.
I have made a special page for you. My Recommendations page holds some interesting things. Do have a look.

Observing the world we live in, one can see there is a lot of room for improvement. You might also like to read the following post.

How to Cope with more Environmental Disasters

This is a passionate truth that very few people are aware of. Bees are sensitive creatures and are genuinely threatened with extinction. I plant new flowers every year and am glad to see a few bees in my yard. Your post is excellent, and I hope as many people read it and help as much as I can for this useful species to survive.

Thank you for visiting my website and for leaving a comment. I hope you have downloaded your free PDF? Tulip widget.

I have lived on my organic farm since 1981 and am surrounded by avocado farms which are also “green”. That means the garden is full of little life which I enjoy observing.

Writing for my 2 websites has made me more conscious of what is happening in our world. There is an urgent need for change otherwise our environment is lost.

Very informative. Most of the nation is not aware of these things because they are never brought out in the Controlled news media. Back in the 90s and into the first decade of the 2000s, I was a salesman in farming country in Arkansas. I did not become aware of the problem until 2013 when I was driving to Orlando FL through 700 miles of farming country. I noticed the lack of insects hitting my windshield. I started giving it some thought and realized that the pesticides and herbicides the ag companies were selling and the farmers were applying were the Culprit. I started talking but nobody was concerned.

I had not thought of the electric and radio towers until you just now mentioned them. Driving in a lot of the areas we have cross country power lines. Other than limited vegetation under them, there is very little animal life.

My emotions are rising high as I am writing this so I will refrain from making any other comments other that ,,,,,, WAKE UP AMERICA!!!!

Thank you for your visit and for leaving a comment on my website. I hope you have downloaded your free PDF? Tulip widget.

I can understand you are upset. Writing for my websites has made me be aware of things that I might not have noticed otherwise. Lots of things are wrong in our world and it seems to only get worse. High time to put a stop to that I think.

As politicians do not seem to have our wellbeing in mind we have to speak up before it is too late. Only collectively it will make a difference.

Thank you for this amazing article. Most people are so busy with their lives that they rarely have the time to think about bees. It takes people like you to remind us of the harsh truths. This subject is very close to my heart as I find it very concerning that we don’t have much regards for bees. Thank you for remind us of the importance of bees.

Thank you for your visit and for your comment. I hope you downloaded your free PDF? Tulip widget.

It is too sad we ignore nature and especially the bees. They are like the canary in the coal mine. I am living on an organic farm in the south of Spain. When the mulberry had its blossoms, this spring there was a bee concert which I enjoyed sunbathing on the patio.

This is such a fascinating topic! As tiny and seemingly insignificant as bees seem, they really do play a huge role in our lives. Unfortunately it takes something as small as not pollinating the flowers for us to realize it and being to miss it. We really need to try to treat the environment and all its creatures with respect!

It is amazing that this tiny insect has such an important role in nature. When something goes missing in the long chain of creation, things can go bad very soon. On the other side if humans go missing, nature would not mind at all.

Thank you for stopping by and for your comment. I hope you downloaded a free PDF of your choice at the tulip widget.